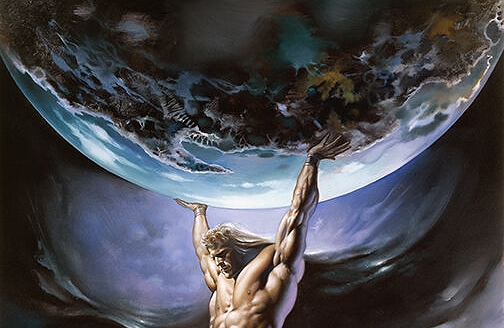 We are experts in all things email – so you don’t need to be.

If you’re having a problem, chances are, we’ve come across it before and know how to fix it.

If you’re struggling to get things setup, give us direct access to your server, PC or DNS Control Panel and we’ll make the changes for you.

Our support team operates between 8am and 11pm 7 days a week.

We’re always being told how easy everything is nowadays with computers and the Internet and that there’s no need to know anything technical, just “click here” and it works. To be fair it usually does, but exceptions, anomalies, wrong assumptions, extra complications and Murphy’s Law can often mean it won’t work for you, and then what? If neither your techie friend nor anyone else on Google knows the answer you’re forced to approach the company providing the service and that experience can often be time-consuming and unsatisfactory.

As a smaller player in the email market we see customer support as an area where we can stand out from the crowd by responding quickly to requests and providing useful, accurate and effective advice on your best course of action. If it’s a mistake at our end we want to fix it without delay.

If you need help Now

Why do I need to create an SPF record for my domain?

Sender Policy Framework (SPF) is an email standard to stop a scammer forging the From address of an email to fool you into believing that the email has come from, say, your bank when it hasn’t. It does this by listing all the servers that can send genuine emails from your domain so that if an email is coming from a server that’s not on this list then it can be rejected as a forgery. This list of authorised servers is published as a DNS record so anyone can read it but only the owner of the domain has the ability to change it.
A great idea, but if any email system did reject all emails that fail an SPF check it would also be rejecting many genuine emails because:-

And what about forwarding emails to other email systems? It’s always bad idea, so don’t do it. Some anti-spam systems look further back through the path an email has taken and give credit if an earlier mail-server is listed in the SPF record.

How do i Check the SPF record for my domain?

This website will display your current SPF record and also tell you if it is valid – just enter your domain where it says “Domain name:”,
https://www.kitterman.com/spf/validate.html
If your SPF record is valid that only means it follows the standards for creating an SPF record, is doesn’t necessarily mean that it’s correct.
To be correct the SPF record must list all the mail-servers that send out emails from your domain. A valid but incorrect SPF record can cause more problems that not having an SPF record at all.

Windows, MacOS and Linux all have built-in utilities for displaying DNS records. Here’s how to find your SPF record in Windows:-

Creating the correct, valid SPF record for your domain can be complicated. We’re happy to help you with this if you’re struggling.

What is DKIM signing and what is its purpose?

DomainKeys Identified Mail (DKIM) is where parts of an email are encrypted by a Private Key and the result of the encryption – the Hash – is included in the email as an additional header. The email system receiving this email fetches the corresponding Public Key, which is published as a DNS record, and uses it to decrypt the hash and check that the result matches the sections of the emails that were encrypted. If they do match this means the email is genuine, as only the originating domain could have encrypted it and published the Public Key. It also means that the sections that were encrypted haven’t been altered in transit. If the decrypted sections don’t match it means they have been altered since leaving the originating mail-server and so the email may have been interfered with.

So it’s definitely worth DKIM signing all outgoing emails from your domain as it usually doesn’t cost anything and it makes your email system look more professional and trustworthy.

How Do i create a rule in Outlook to move to a subfolder emails sent to a particular address?

You would only need such a rule if, as well as your main address, you have other email addresses, called aliases, that are being forwarded to your mailbox, and you want emails to these aliases to be automatically moved to a subfolder.

This sounds like a trivial question as there is already a rule condition called “sent to people or public group” that you can choose when creating an Inbox Rule.
The problem is that if you use this condition the rule becomes a “client only” rule which then only operates when you have Outlook open, instead of operating all the time, which is what you want. There must be a reason why Microsoft made rules that use this condition to be “client only” but I can’t work it out.

Anyway, the trick to get this rule to operate all the time is to select a different condition called “with specific words in the message header” and enter the alias address you want the rule to apply to as the words this rule uses.
The message header of an email is the section that contains the To, From and Subject lines plus many more headers that are not displayed in Outlook but contain information about the email.
It’s possible this rule will trigger when it shouldn’t if an email is sent to both your main email address as well as the alias or if the alias address happens to be in the Subject line, but this would be a rare occurance and would be a minor inconvenience.

Can I still buy the Microsoft Office Suite for a one-time payment instead of a monthly subscription?

It used to be that when you bought a new computer, if you paid an additonal £30, you would get a full version of Microsoft Office installed that lasted for the lifetime of the computer. Now, with Microsoft 365 (formerly Office 365) businesses need to pay over £11/month to rent a copy of Office for each employee. From Microsoft’s point of view, a recurring monthly income is better than a bigger one-off payment and so that’s why they are doing their best to push everyone towards the subscription model: lots of extra’s included and free upgrades to the latest version of Office. People are now more accepting of buying things with low monthly payments instead of a larger up front purchase for thingslike smartphones, leasing cars and “buy now pay later” websites but it’s not necessarily the best thing for the consumer, and you can still buy Microsoft Office for a one-off cost of around £30.

Why might buying Microsoft Office outright be better than renting it?

So we are talking here about an Original Equipment Manufacturer (OEM) Microsoft Office licence which can only be installed on one computer, can’t be moved to a different one, and when that computer is scrapped the licence expires. There are plenty of places that sell OEM licences such as https://theunitysoft.com/
I have used this website in the past and it has worked, permanently without a problem. You download the Office installation file from the Microsoft Website, enter the licence code you have bought and it activates successfully. There are no tricks or hacks so my belief is that it is perfectly legal.
There are other unscrupulous websites that offer hacked versions of Office, usually for under £10, so, as with any Internet purchase these days, you have to be careful.

Buying Microsoft Office via a subscription might still be better for some people:-

Can I just use one of the free email Addresses to Operate my business?

Yes, many people do. Why not just use a Gmail or Hotmail address – they are reliable, easy to setup and use and, oh yes, they’re free? This means you don’t have to buy your own domain name and organise an email system for it when you’re not familiar with the pitfalls of email. Before we get on to the “why not”s, here’s some advice for using a free email address for your business:-

And now why you should go to the trouble of getting your own domain for your business emails:-

How Can I create an email marketing campaign to gain new customers?

Oops, there goes my blood pressure. The short answer is you can’t because there are laws against it. You would be sending Unsolicited Commercial Emails (UCE) which is the official name for spam. You are only allowed to send marketing emails to recipients who have previously and knowingly opted-in to received them from your company. This is great for telling existing customers about offers and new products but no good for getting new customers.

The long answer is, even though there are laws against it, nobody has ever been convicted of sending spam – maybe because spam is just annoying and there are actual threats out there for the authorities to concentrate on. It’s therefore left to members of the email industry, like Arrowmail, to do their best to block spam, and we do a pretty good job. But assuming that you are a genuine company with a real product or service to sell which isn’t a scam or a rip-off here is some genuine advice:-
It seems to be acceptable to show unsolicited advertising to people when they are getting something in return: with commercial TV you get programs to enjoy, a magazine cover price can be kept low because of the advertising revenue, and search engines, social media and other free apps are funded by advertising. I can only think of billboards as a form of unsolicited advertising that is still considered acceptable which has nothing in it for the viewer, except sometimes perhaps humour. So, to get new customers, spend your advertising budget on these other forms of advertising and keep email marketing for retaining your existing customers.

Here are some instruction sheets in PDF format you can download